I think you guys are really going to enjoy it if you’re new. To my blog, I would love it if you would go ahead and hit that subscribe button; it’s completely free. All it does is when you log on to YouTube, and all my articles will be there waiting for you, so you don’t miss anything, alright, y’all. So, let’s go ahead and jump on into these slow cooker recipes; so the first recipe we’re going to dive into is a creamy, cheesy potato soup. 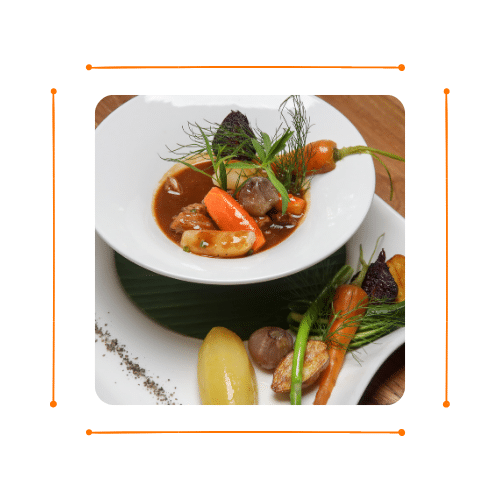 As always, I have all of these recipes either a link or typed out below, so look down in the description box. For all of these recipes, so first of all, I’m just starting by chopping up some yellow or golden potatoes. These are my favorite to use, especially for soups, because you don’t even have to peel them. The peeling is so soft, and these are just such a soft buttery rich potato, so I’m just chopping those up and adding them into my slow cooker.

Next, I’m also going to add some chopped onion right on top of those next, we’re just going to add in some minced garlic and some chicken broth, and the chicken broth is what these potatoes are going to cook all day in it’s going to give them—so much more flavor than just regular water. So I’m going to give everything a quick stir, and you can either do this on high for about three hours. I did mine on low for six because I just didn’t have to worry about them all day, but then, once that time is up, I just like to give them another stir and check a couple of potatoes to make sure they’re really the most tender that I want Them what’s those potatoes are as tender as you would like, you’re going to come over to the stovetop, and we’re going to make a roux that’s going to make this soup super creamy and so delicious. 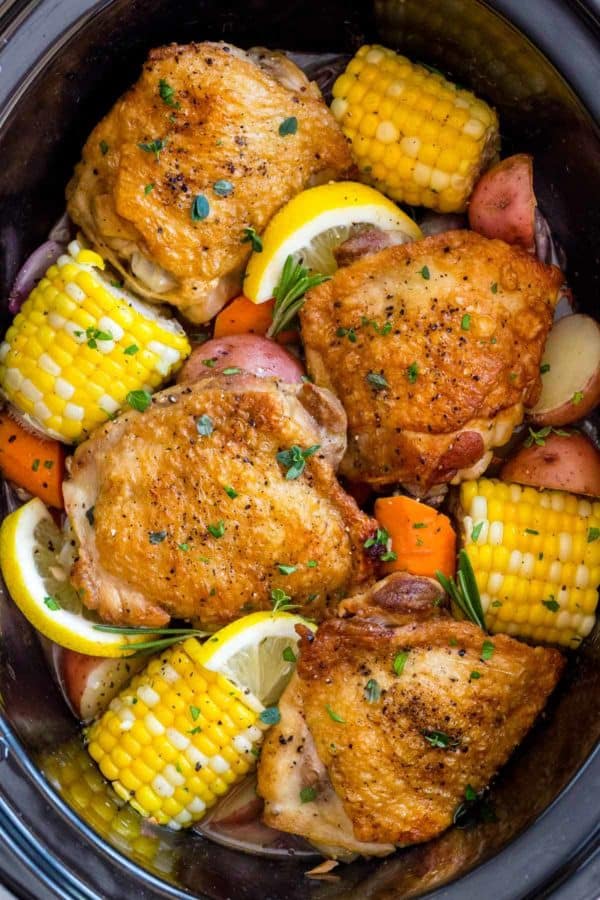 Thus it’s not hard. All you do is add a little butter to your saucepan, a couple of tablespoons of flour, and you just whisk all of this up until there are no more clumps of flour left in your pot. Next to the pot, we’re going to add in some milk as we continue whisking, and you’re just going to let this cook a few minutes until the sauce starts to thicken up more into a gravy consistency. Once your sauce has thickened up, you’re just going to bring that whole thing over to your slow cooker and dump that right on in. Also, we’re going to be adding in some cheese; I’m just using some sharp cheddar. We’re going to add in some black pepper and Just stir all this up. Also, about forgot, we’re going to add some sour cream as well.

I had some squeezed sour cream leftover. So that’s what I’m using. You’re going to stir this up, and it’s pretty much done at this point, but I like mine, cook another 30 minutes to an hour, and it’s done now. Here’s a little optional thing for you. I like to take my immersion blender and just kind of blend it up a little bit. I don’t want the whole thing pureed, but I like to have some of those potatoes pureed and then also have a chunk of potato in there. 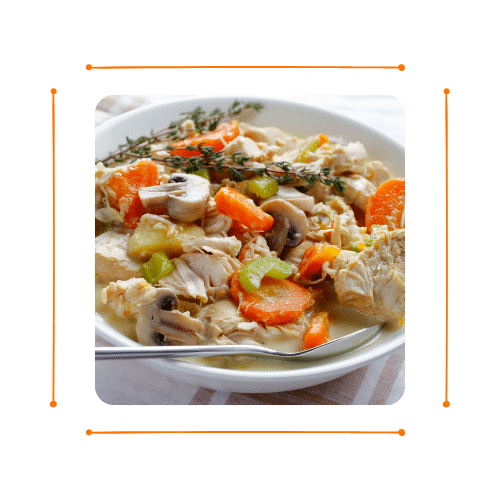 It just helps add even more creaminess to this soup, and it’s just so good, but you do not have to do this at all. You can just add in your cheese, sour cream, and your roux, and everything will be done. It comes out. Super creamy, super delicious. I love this. Feel free to talk with more cheese, bacon bits. Even croutons will be delicious in this soup. Next up is million-dollar pasta. So one thing I didn’t show is browning one pound of ground beef, but I’m pretty sure you guys know how to do that.

So that way it will cook; as the process goes along next, you’re going to add in half of your ground beef mixture. So right in the middle, I like to go ahead and add in some spinach. You guys know I love to add in spinach and veggies where I can so. I just put a nice layer of that. Also, I like to add in some dry sun-dried tomatoes, and I would have added mushrooms. But my mushrooms were bad. So once I add that in, I’m going to go ahead and add that whole bowl of our sour cream cream cheese and ricotta mixture, and I’m just going to spread that all over top of the veggies make sure everything is covered.

So next up, we’re just going to add the remaining half of the box of pasta, and then we’re going to add another jar of pasta. The sauce just pours that right. Over the top of your noodles and again, I like to just add about half a jar of water, just to make sure everything is nice and moist, and then next we’re going to end with the remaining ground. Beef, just put that all on top, and you’re going to let this cook only about two or three hours. 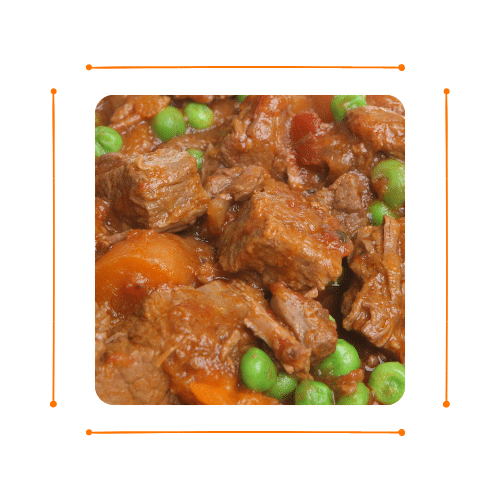 You want to check and make sure that your pasta is done, but you don’t want it to overcook. So after those two or three hours on low, you’re going to come in, and you’re just going to stir everything up, all nice and all together – and this is where you can make sure that your pasta is done. Everything like that, you don’t want na. Let this go all day. This is not an all day. The recipe may be something you do while you’re going to church or something like that, but you don’t want to cook it all day because if that pasta overcooks, it will just not be good.

So at this point, when it’s pretty much done, I like to add in some shredded mozzarella cheese and just let that go another 15 20 minutes until that cheese is melted. This really is a delicious recipe, a different take on pasta, palak, spaghetti, and lasagna mixed together. Also, I wanted to mention this recipe makes a ton, so perfect for gatherings this time of year. Okay, next up is Mongolian beef, which happens to be my favorite Chinese-takeout dish.

So what makes it even better is, I can make it right at home, so I’m actually using some beef sirloin chips. I think it turned out perfect for this recipe; since they cook for a long time, it gets them nice and tender, and I think that worked out really well, so to a bowl. I’m just going to add in my steak, along with some cornstarch, and I’m just going to give that a stir until all on a steak is nice and coated, so coming over to the slow cooker, I’m going to add in some toasted sesame seed oil, some minced Garlic and then I’m going to add in some soy sauce or Liquid amino next time.

I think Oh 1/2 is the recipe turned out a little salty. So take my advice and just add in half of the soy sauce also, I’m going to add in some water and some brown sugar and some ground ginger, and I’m just going to give this all a nice stir before we place our steak in the slow cooker. Once I got all my steak in the slow cooker, I’m just going to give that a nice toss makes sure the sauce is fully covering the steak, and I cook this on low for about seven hours until tender. 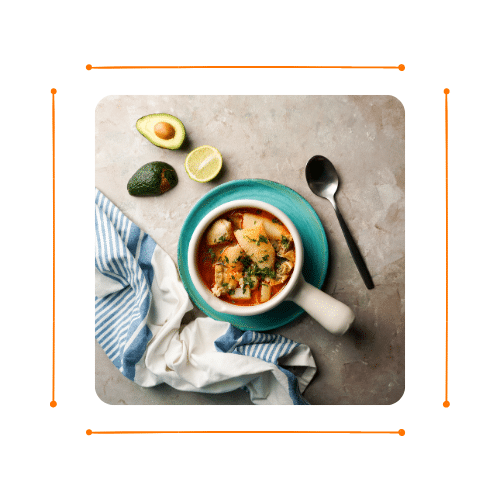 This recipe was so easy, and once my steak was tender, it has fixed up some basmati rice, added my Mongolian beef right on top of the rice, and then chopped up some green onion and topped with that as well; so easy, so great to have Chinese takeout At home, you can also fix up some broccoli on the side, just an easy and delicious recipe and last, but definitely not least, we’re going to do some chicken and dumplings. 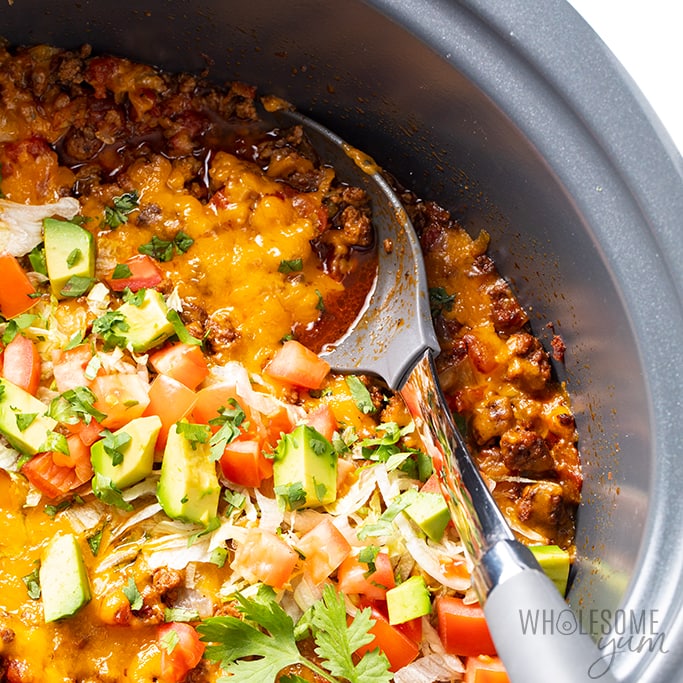 You want to have 10 biscuits, total and just quarter them into pieces like this, and you’re going to place those all on top of your mixture and kind of push them down into the broth and the soup you’re going to let this cook for about an hour Hour and a half more on high, you want the biscuits to be a dumpling consistency. By no means will they be a regular biscuit, but they also should not be raw in the center.

This is the perfect comfort food recipe. In my opinion, we all loved today’s article. I see you got some ideas, and I hope that you’ll give some of these recipes a try. They were all so delicious. I know you guys are going to love them. I hope you’re also an amazing outside out in the next one; bye, guys.